O’Connell has more than 30 years of experience with nonprofit organizations. He most recently served as Director of Advancement Operations, Membership, and Annual Giving for the North Carolina Museum of Art. In the past, he has also served as the Associate Executive Director for the North Carolina State University Alumni Association and the Executive Director and Vice President of Operations for YMCA of NWNC.

“We immediately knew Tim would be a wonderful leader for NCRGEA and its new future,” said Vann Langston, NCRGEA President. “He is a man who loves public servants, understands the digital world, and is experienced in advocacy and communication. There is no doubt that Tim is committed to our members’ personal welfare and the organization’s strategic plan.”

“North Carolina’s state and local public servants shoulder much of the work in ensuring we live in a healthy, safe, and educated society. As retirees, they continue to be an integral part of their communities’  social, civic, and economic vibrancy. As Executive Director of the NCRGEA, I look forward to championing the interests and well-being of the retired teachers, firefighters, sanitation workers, and all other public servants who have done so much in making North Carolina a great place to live today,” said O’Connell.

O’Connell received two master’s degrees from North Carolina State University and a bachelor’s degree from the University of North Carolina at Chapel Hill. He has also been recognized as an Outstanding Student Adviser by the Council for Advancement and Support of Education and was a speaker for the UNC Advancement Symposium. Under his leadership, various YMCA programs were also given the Winston-Salem Journal’s Readers’ Choice Award for multiple years.

On June 10, the last day of the NCRGEA’s Celebration of Public Service Week, O’Connell was formally introduced as the new Executive Director. He also shared his vision for NCRGEA in an interview with President Vann Langston.

NCRGEA is an organization that advances, promotes, and protects the benefits, interests, and well-being of North Carolina’s retired state and local public servants. It is the voice and go-to resource for government retirees. 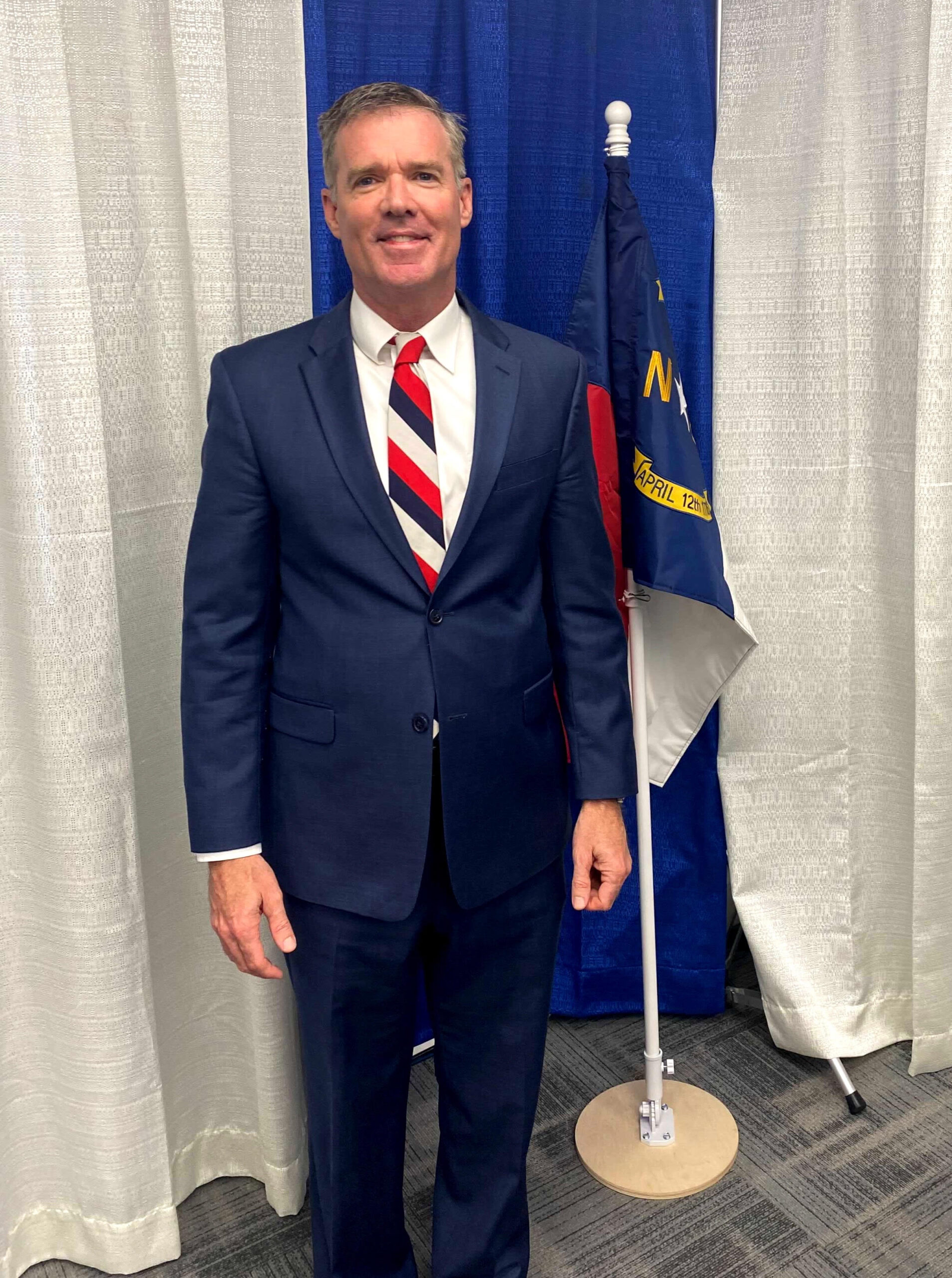