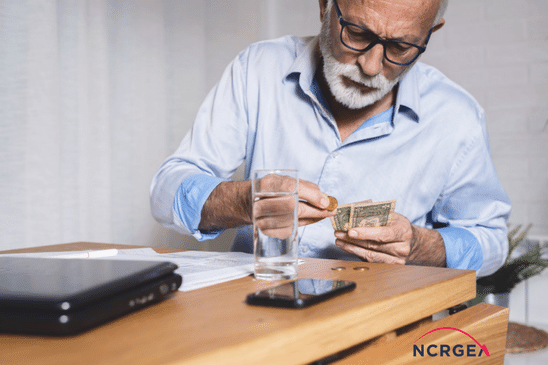 This week, the legislative leadership rolled out a comprehensive budget addressing many current and anticipated matters, including recession and employee recruitment and retention. While doing so; however, the budget failed to support both active and retired government employees as had been hoped.

“I’d like to thank our legislative leadership for the grueling work they’ve done to create the budget,” said NCRGEA Executive Director Tim O’Connell. “It’s clear to me, though, that our legislative leadership remains somewhat deafened to the needs of retirees. While we recognize the impact 6 percent in bonus money has and will have on retirees – and it’s a positive impact – we have yet to make up for the years of pension value loss retirees have suffered since the Great Recession.

“While we will continue to fight for our retirees, we do indeed recognize and thank legislative leadership for providing the largest bonus money seen in many years, and one of the largest in the United States. But we have more work to do.”

No budget sails smoothly, and this year’s budget may experience some bumps in the days to come. House Minority Leader Robert Reives said, “I think it’s going to be a fight,” while others are calling on Gov. Roy Cooper to veto the non-amendable conference report.

State Treasurer Dale Folwell praised the bonus and efforts by the General Assembly to provide additional money for retirees. “They’ve fully funded the pension plan and the state health plan, and given retirees one of the biggest bonuses in years. And paid for it.” (Will Doran, News and Observer).

Active employees will see increases starting July 1, with additional boosts from last year’s long session raises of 2.5 percent. In all, active TSERS will receive a 3.5 percent increase in pay. The average teacher pay increase will be 4.2 percent, with additional incentive bonus pay for teachers in underserved counties.

When questioned during the press conference yesterday by reporters, Senate President Pro Tem Phil Berger said the budget, “was the right budget for North Carolina at this time.” Leaders said that the 2022 budget was built to help the state weather current and predicted economic trends and also provide needed infrastructure improvements in state government facilities, water and sewer, as well as the sale of several exhausted properties.

Staff and consultants for NCRGEA will continue to study the budget very closely for any additional items of interest to retirees.